CLICK HERE FOR A SHORTCUT
LECTURE NOTES
CLICKING HERE
Follow Us On Facebook - CLICK
AmazonSmile is a simple way for our
members to support the
Midwest Magic Jubilee every time they shop,
at no additional cost to them. AmazonSmile is
available at smile.amazon.com on any web browser
and can be activated in the Amazon Shopping app for
iOS and Android phones. When our members shop AmazonSmile, they will find the exact same low
prices, vast selection and convenient shopping
experience as Amazon.com, with the
added benefit that AmazonSmile will
donate 0.5% of your eligible purchases
to the Midwest Magic Jubilee. Please
CLICK HERE to add your support!
JOIN I.B.M. RING 1
RING 1 SPIRIT Newsletters
Veteran & 1st Responders
Holiday Magic Show
RING 1 Facebook Page
RING 1 Roster
Midwest Magic Jubilee
International
Brotherhood of Magicians 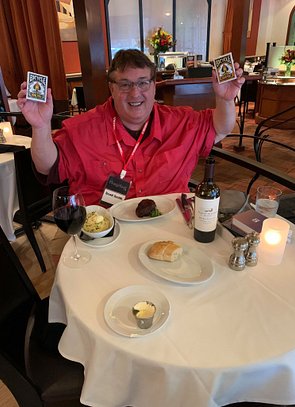 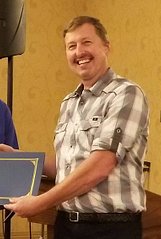 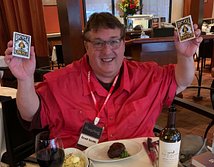 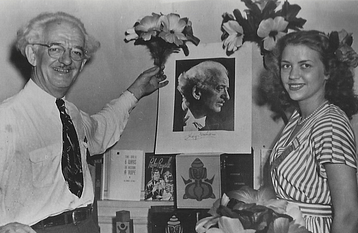 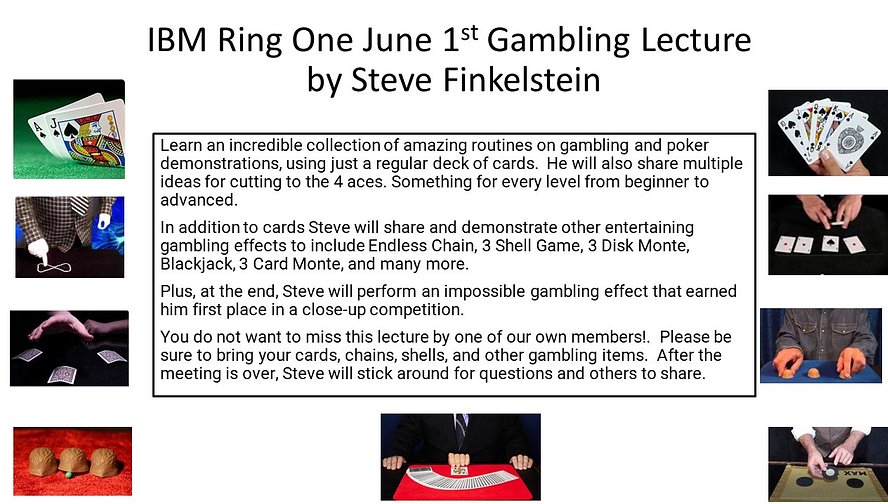 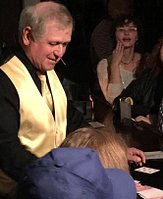 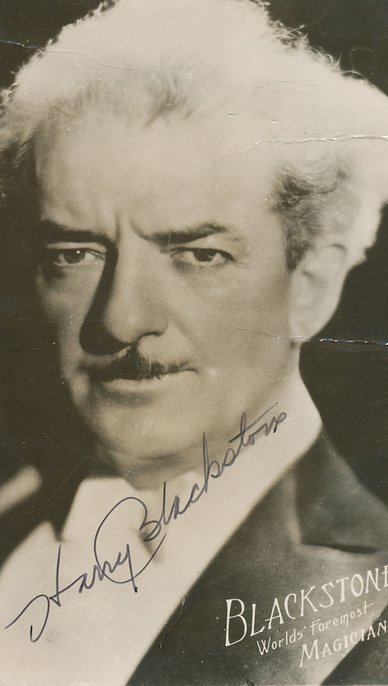 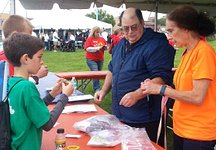 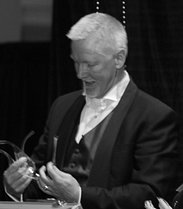 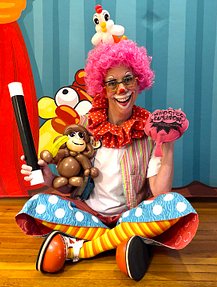 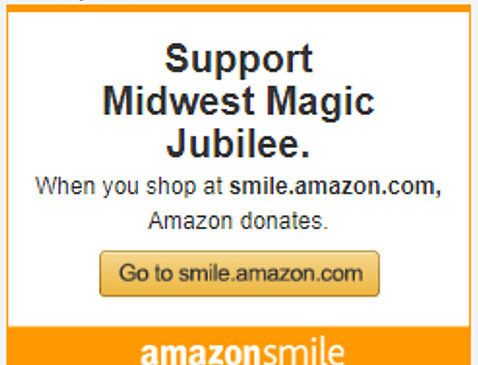 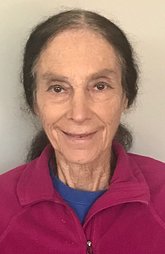 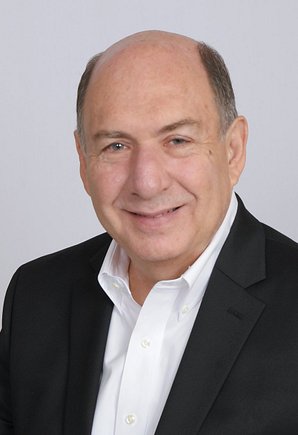 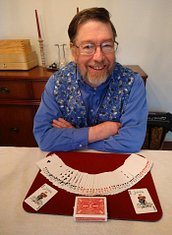 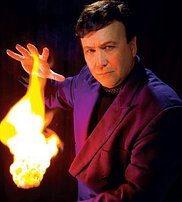 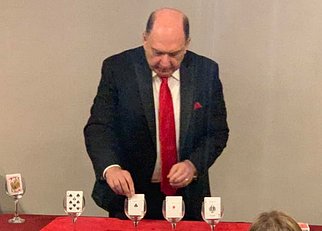 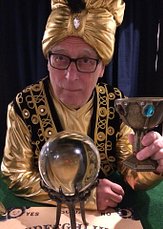 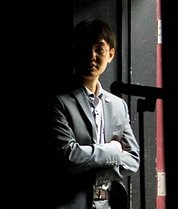 During this Autumn season, our imaginations  entertain stories of the supernatural. Please enjoy an old time radio broadcast from 1949 featuring a ghost and Harry Blackstone Sr., The Magic Detective, titled "The Phantom Intermezzo." At the end of the show, Blackstone will teach a trick that anyone can perform. Just click the track below and enjoy the show ... but remember not to tell anyone the secret you will learn!

"Blast From The Past"

View Steve Finkelstein's June Ring1 Lecture before it's gone by

A bit of HOGWARTS magic resides on our Officers & Board page ... Check out Ring1's counterpart to Prof. Dumbledore ... our very own animated 1st President!

The webmaster asks that Ring 1 members submit images of themselves in action so we can showcase the fun we have to share. The world is visiting OUR www.ibmring1.com to see what the excitement is all about! E-mail a photo of you performing magic (or your preferred headshot) to: watson7654321@gmail.com . Your photo may magically appear on our Ring 1 website!

Annual membership in IBM Ring 1 is $15 and is a bargain, considering our lineup of performers, lecturers, and activities! If any of your contact information has changed, please let Alan Zibits know at alan.a.zibits@boeing.com.

To pay by mail:

Write a check payable to

Mail the check to:

Choose a vetted, professional member of our local

The Senior Tour Recap and Pitch

The Senior Tour/A Close-up Cavalcade of Magic was held April 1st-3rd at the Collinsville Double Tree under the watchful eyes of Steve Buesking and Steve Zuehlke. For those who attended, what can I say? For those who didn’t attend, what can I say? I guess I can honestly say you missed one of the best conventions ever.  EVERYONE mentioned this entire line-up could be repeated next year and everyone would love it. On the bill were Howard Hamburg, Jimmy Molinari, Mike Powers, Bill Goodwin, Allan Ackerman, Chris Korn, Steve Reynolds, and Doug Conn. The dealers were Andrew and Jessica Hyder from Tennessee Magic who had a little bit of everything. Each performer lectured, performed, and did a small break-out session teaching some for their favorite effects and routines. EVERY SINGLE performer was outstanding. Every single performer was personal and approachable. All the performers could be found in lobby area, sessioning and sharing into the wee hours. I couldn’t have picked a better group if I did it myself! All of the shows were captured on a big screen by Jesse Bader. Randy Kalin kept the whole event running very smoothly, acting as emcee throughout the weekend... thank you. Also, a huge thanks to Mike McClure who handled the design of the program and did all the advertising, website design, hosting, and Facebook work! For those that did not attend, you’re in luck. Steve and I have decided to do this again next year. The dates are April 20th-23rd at the same place. The event starts Thursday evening and will finish late Saturday night. Talent includes, but is not limited to, Mike Powers (Editor of IBM Card Corner), Jimmy “Cards” Molinari (long time student of Marlo), Doug Conn (a true worker), Steve Reynolds (Host of Marlo’s Card Page), Allan Ackerman (long time Marlo student and author of numerous books), Bill Goodwin (Magic Castle Librarian, Penumbra Publisher, and outstanding with the pasteboards), Kevin Kelly (Author/Performer/Lecturer/Member of Marlo’s Round Table), AND Guest of Honor Howard Hamburg (long-time friend of Dai Vernon). Andrew and Jessica from the Tennessee Magic Emporium will be on hand to share the latest effects and books as well. A few more will be added in the near future. You can PayPal or mail a check for $150.00 to Steve Zuehlke, 131 S Seventh St, Wood River, IL 62095. Registration is limited to 150 and the cost increases June 1st. It’s only fair that those in attendance this year get first chance at returning next year. Seating will be limited, so I suggest you sign up early. With the buzz this event created, it will surely sell out again!

Choose a vetted, professional member of our local

Our Experienced Mentors Are Available To Help New and Intermediate Magicians ...

Please Contact Any Officer Or Board Member Listed Below For Informaton

Ring 1 members were really excited to finally have a live lecture. Jonathan Levit, who was a Ring 1 member when he was younger, was in St. Louis on the monthly meeting date. He lives in California now, but his parents Steve and Audrey still live in St. Louis. Steve and Audrey were able to attend the lecture. Randy Kalin introduced Jonathan, and the members were amazed at how talented he is. He is a well-known magician, an actor, a television host, a voiceover artist, a producer, a writer, etc. He also performs regularly at the Magic Castle in Hollywood. First, he performed the Un-Matrix which uses two cards and four coins. This is one of his favorite routines, and he performs it in most of his shows. He then performed a mind reading effect in which he was able to read three volunteers’ minds. He used three different methods to reveal their card. He then performed The Stranger which was just amazing. It is an app that can be purchased for a cell phone. According to a review in The Daily Magician, the “app that allows you to perform a ‘hands-free’ miracle anytime, anywhere using just your phone.” The members really enjoyed this effect. Jonathan shared that he is releasing a new version soon (but the current version will still work). He then performed his version of Out of Sight Out of Mind. Jonathan captured everyone’s attention during the lecture. He explained everything so well that even a beginner magician could understand. He did have downloads to sell which he sold at a discounted price. He also shared that he will be visiting St. Louis more often, so the members hope he will be able to attend future meetings.

Dan Todd shared that he is teaching and playing chess live for Pocket Parks in St. Louis this summer. These will be held at the Steinberg area in Forest Park every Wednesday from 4:30 to 6:30 pm and on Sundays from 10:30 am to 2:30 pm. He will also teach every Saturday from 1:30 to 5:30 pm in the tennis court area in Francis Park, which is in South St. Louis. He has adapted magic effects to use in his chess classes for the students’ entertainment. For example, he has adapted Chess Killer, Chess Relationships, Chinese Secret, Clipped Card, Color Changing Chess Pieces, Coloring Book, Copycat, Cue the Magic, ..., and those are just the ones that start with “C”. Dan has always been really creative and talented.

Jill “Silly Jilly” Schmidt took advantage of her 2020 free time and watched many virtual magic lectures. One of her favorite routines that is also easy was taught by Christopher T. Magician and is called Rising Cane, a.k.a. Wand from Another Dimension. It’s based on the appearing pole trick. Due to the pandemic, she was looking for a replacement for her mouth coil opener. Rising Cane is a hit as an opener. She looks for her three magic wands, and the kids go crazy and sometimes jump up and down with excitement when she doesn’t notice the long wands magically coming out of a small purse. Audience members have confusedly asked her, “How did those wands fit in the purse?” Jill also spent time at Eckert’s Country Store and Farms in Belleville, Illinois, making animal balloons for their Easter event.

May Letter from Our President

Welcome to May 2022. This year has been going by fast. Hopefully, everyone is enjoying the warmer weather. We recently had the most amazing convention in our area in Collinsville on April 1-3. You better sign up quick for next year because it will sell out now that everyone knows how amazing it is. I have been to a few S.A.M. National conventions and Magifests. The Senior Tour is a completely different and more fun convention. You can sit around in the lobby and hang with all of the talented magicians and friends, or go eat lunch and dinner with them. Or you could go to a breakout room and learn one on one with some of the best magicians in the country. You can’t do any of this at the big conventions. The only bad thing for me was that I could not stay up all night with these wild and crazy magicians. I made it to about 2 AM on a good night. It’s only $150 for this amazing convention and if you don’t stay at the hotel, you will miss out on all the extras like hanging out until all hours of the night. We are so lucky to have another magic shop in the St. Louis area. Old Time Magic will be opening on April 30th at 2813 High Ridge Blvd, High Ridge, MO 63049. For those that don’t remember the owner, Eric Bausworth, he worked at Gibbol’s for about 10 years on the Landing in St. Louis. He has more experience than you can ever imagine. Let’s help him open with a bang at his Grand Opening April 30th at 11 AM. Sal Piacente was scheduled to lecture at the IBM meeting in June, but due to a logistics misunderstanding, I apologize to Randy and Sal for not being able to book Sal for our Ring 1 meeting. But all is not lost becuase Sal will be giving his lecture at the Old Time Magic shop! The lecture is on June 2 at 7pm, and seating will be limited to the first 25 people. I already have my ticket and believe half of the tickets have been sold already. They are $25 each and can be purchased by calling the shop (636-671-7571). Our last meeting was awesome and with Jonathan Levit. It was great to see his mother and father in attendance. What a wonderful turnout. That was my first time seeing Jonathan, and he was amazing! We have such a fantastic club that shows up in big numbers to our meetings. It gives me something to look forward to each month as we get through the workweek. For those of you that might have known William Dale Farris, he passed away last week in his mid-90s. I did not have the pleasure of knowing him, but I know a lot of people who did. Several people knew him as a photographer. He sounded like an amazing man. He was from Champaign, IL, and came to a lot of Jubilee’s. Our next meeting will be Stage Magic with Terry Richison. This is going to be exciting, and I have recently heard from a few magicians in our club that would like to learn more about stage magic. This is a must-see meeting for everyone, especially the people asking about stage magic. Terry has been performing stage magic for many years! See everyone on May 4th!